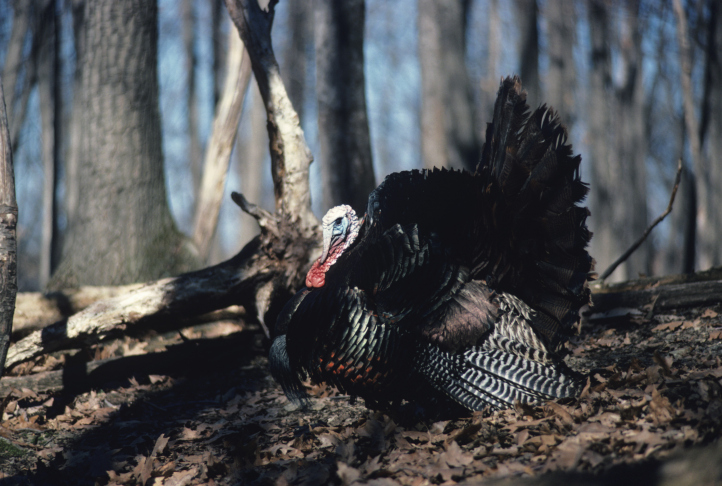 It’s that time of year again, the woods shrugging off the ugly coat of winter and donning a bright new coat of green. Birds not seen since early fall are returning and building nests and wild turkeys are again gobbling. In another couple weeks hunters will be taking to the field to pursue one of North America’s most challenging quarry.

Turkey hunting is a specialized sport. In no other form of hunting do calls play such an important role in success. And no other game animal places such an important emphasis on camouflaging or disguising your form. Turkeys not only possess some of the sharpest eyesight in the natural world, but unlike cervids (deer and elk, for example) they perceive their world in the full color spectrum.  Your favorite red-on-black checkered shirt just won’t cut it in turkey woods.

But besides calls and camouflage there are many items that help you enjoy a more productive spring season. Here are some of the things you should be shopping for now if you plan to pursue wild turkeys in the coming weeks.

How’s your call supply? Do you even know where they are right now? If you’re anything like me things tend to become misplaced between seasons. Make sure you’re ready by purchasing new calls for the coming season. Diaphragms in particular tend to wear out, or get stuck together after a year in the daypack.  They’re inexpensive but highly valuable to success. While you’re at it, invest in a call holder to help those calls last longer next time.

For those of you (like myself) who have a difficult time with diaphragms, slate, “push-button” and box calls are the obvious answers. In many cases these old-timey calls produce more realistic calls, so even if you can play a diaphragm just fine, you might want to try a new style to up your game on seasoned longbeards. Some of the most interesting calls are those, like Primos’ Wet Box – just as an example – that operate flawlessly while wet. Spring in the Inland Northwest, after all, often comes with rain showers and even wet snow during April dates. Many slates also offer the same qualities today.

For those without calling experience look to newer push-button calls to make calling easier. The name is apt, a box call holding a spring-loader striker and a plunging peg. You push on the end of the striker peg and it produces tone-perfect turkey calls nearly effortless every time. There are also turkey mouth calls that are worth considering due to similar ease of use.

Maybe you’re calling’s a little rusty from a long off season, or maybe this calling dodge is completely new to you. This is no big deal. All of us had to start somewhere. In the old days the learning curve was long and steep. Today we have video – more correctly DVD – to show us the way. Instructional videos give you confidence you’re making the right moves at the right time, saying the right thing when you should and producing calls that are pitch perfect.

Besides, turkey-hunting videos (from makers like Primos Game Calls) are highly entertaining in their own right. If you feel you’re calling could use a little work, they’re a great starting point to bone up for the coming season or learn from scratch.

We have already hinted at the turkey’s superior eyesight. It’s easy to ignore camouflage while hunting color-blind big game (in reality deer and elk see in yellows, blues and various shades of black and white), but with turkeys muted camouflage is an absolute must. Turkeys not only see color, they are typically shot at much closer ranges than big game animals, and this stands weather shooting shotgun or bow and arrow.

The Inland Northwest isn’t like hunting turkeys in other parts of the nation where camo T-shirts and snake boots are par for the course. This is mountain terrain with chilly morning temperatures, sometimes below freezing. Staying comfortable requires careful layering – base layer, mid insulting layer and outer weather-proof layer for wet mornings – allowing you to strip down while running and gunning or climbing a steep ridge to reach a roosted bird, layer back up while leaning against a tree coaxing your gobbler into range with your calls. And remember, face masks (to disguise your shining mug) and camo gloves (hands move more than any other part of your body) are an absolute must, not a luxury.

If you plan to pursue turkeys with a bow (most especially), with a youngster wielding a small-gauge shotgun (requiring closer shots), or simply share your turkey-hunting experience with a loved one or friend, a pop-up blind is an obvious solution. As wary and razor-eyed as they are, turkeys are downright obtuse when it comes to ground blinds. Bowhunters in particular really benefit from pop-ups, or portable ground blinds. They’ve turned something very, very difficult – getting your bow drawn on a sharp-eyed gobbler – into something that’s almost too easy. If hunting with a child, you know how impatient and fidgety they can become. A pop-up shields all that impatience and results in close-range shots. The best – like those from Ameristep – are made to be highly portable (carried on your back like a pack) and set up in less than a minute.

A Comfortable Place To Sit

It won’t take you long while hunting from a pop-up blind to learn you need a comfortable yet lightweight blind chair. I can only kneel on cold, wet ground for so long before my joints ache and my back burns. The best blind chairs fold up tight, weight nearly nothing, but offer a comfortable, dry place to sit while waiting for a sage gobbler to edge into range.  For me this means something with a back, though a three-legged stool without back is easier to carry into rough terrain.

So much of the time, though, I prefer running-and-gunning to get my bird. This means covering a lot of ground, sometimes miles, searching for gobbling turkeys and doing whatever it takes to arrive in front of them and set up to offer my best calls. In these cases the last thing I want is a 20-pound pop-up blind slowing me down. But I also detest sitting on cold, wet ground while calling. For these situations I choose a simple seat pad, tossed on the ground against a pine trunk for a backrest. It keeps my posterior padded from rocks and sticks, and keeps my britches dry and my rear warm on chilly mornings. Most includes a waist belt to keep them handy.

Turkey decoys are a relatively new development in the sport. Here’s the deal: In the natural order of things gobblers gobble and hens yelp, and the hen is ultimately supposed to go to the tom. By forcing gobblers to come to us through calling we’re actually reversing the natural order. It works because, well, the promise of sex makes nearly all males impatient…

Yet this is also why gobblers often “hang up,” pausing just out of range, strutting and puffing and booming their best to make themselves look more appealing. The hen is supposed to be so impressed she can’t help but close the gap herself. Besides, a savvy gobbler hovers into a clearing, clearly hearing a hen calling seductively, and what does he see? Nothing (hopefully). Decoys give him something to focus on (a real plus for bowhunters), something to confirm he’s in for some fun. Just a single hen decoy makes it more likely he’ll waddle into range, given enough patience and smart calling.

But here’s the super-cool part. Sparking that gobbler’s jealous tendencies can bring him on the run, instead of edging closer in small, time-consuming increments. Placing a jake or tom decoy hovering over a submissive hen is how this jealousy comes into play and why decoys can bring you more turkey-hunting success.

Turkeys are big birds covered with tough feathers. They require a lot of killing, even when sticking to (highly) recommended head/neck shots. You’re standard game, even average magnum loads, won’t cut it (unless birds are inside 25 yards). Specialized turkey loads throw more shot at higher velocities (which means they also kick harder, so look into a Sims recoil pad while you’re at it). These thump-‘em turkey loads are normally labeled as such, and they normally cost a few more bucks, but they are a sound investment in assuring your bird goes down with a single shot and doesn’t cripple into the woods where the odds of recovery diminish. Take my word, spend the extra money. It’s worth it. Besides, an entire box of turkeys loads (10 shells) should last you years.

In fact, if you’re really serious about this, invest in several different loads and put them to the test on a patterning board (using turkey-head targets). Just like your favorite deer rifle you’ll often find one load patterns tighter than another. Give the scatter-gun loads away and invest in additional tight-grouping loads.

If you’re a bowhunter, do yourself a favor and buy some aggressive, wide-cutting mechanicals.  Mechicals aren’t legal for big game here in Idaho, but they are for turkeys. I’m talking something opening to 1 ½ to 2 inches wide on impact, turning marginal hits into killing ones. Turkeys carry compact vital areas. Mechanical broadheads make the best of both lethal and marginal hits with sweeping cutting diameters, while also imparting discombobulating shock on impact.

Come see us at any of our six Tri-State Outfitters or Sportsman & Ski Haus locations in Idaho, Washington and Montana and we’ll help you get equipped for upcoming turkey seasons.