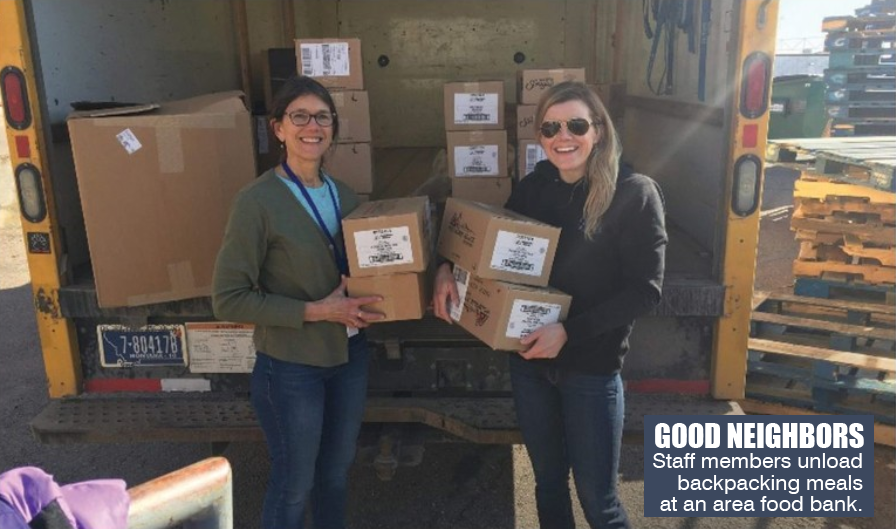 This story originally appeared in the “OUTDOOR RETAILER” – Summer 2020

The Right Thing to Do

Crown Enterprises found a simple way to thrive during the pandemic. The shop puts employees, community and customers first.

Want to know what it takes to not only survive, but thrive in today’s COVID-19-crushed retail world? Take a lesson from Joe Power, president of employee-owned Crown Enterprises, which operates five outdoor retail store across Montana, Idaho and Washington.

Spoiler alert: The answer involves compassion, customers and employees. And the result has been serendipitous; after re-opening, Crown has seen products flying off the shelves.

“Now that we’re all open again, our revenues are up 10% for the year,” says Power, adding hot-selling categories include bikes, paddlesports, guns, camping and fishing, with footwear, casualwear and apparel also doing well. There have also been a few surprises, he adds. The stores have sold more trampolines this year than in the past ten years combined, with golf up 80% and running up 100%. And much of this stems from forsaking the bottom line.

A week before authorities requested, Power took the liberty of closing his stores early. “It was the right thing to do,” he says. “People weren’t really understanding social distancing, and you could see the uncertainty in our employees’ eyes. It just wasn’t right to make them come in.”

Even after friend and Kalispell, Montana, Mayor Mark Johnson reminded him he didn’t have to close, as his stores were “essential businesses,” Power felt it was more important to protect his employees than make money. “We put health before wealth,” he says. “Our bank is local, and before we even knew about PPP, we knew everyone would be understanding if we didn’t have the best year.”

In all, four stores were closed for five weeks and one for 10 weeks. Rather than lay them off, throughout it all, Power continued paying the stores’ 210 employees. “I was really worried about people’s health insurance,” he says.

“It’s a great example of a business making decisions based on what’s best for their employees,” says Johnson. “He’s a great partner to have in the community – especially during these times.”

Then Power took it a step further. As more closures came on line and grocery stores became barren, he woke up from a 2a.m. nightmare worried about people’s ability to procure food. So he took $25,000 worth of backpacking and camping meals from his inventory and had his staff donate them to local food banks of their choice.

“Everyone we knew in the service industry was out of work and likely needing food,” he says, adding the gesture helped lift the spirits of his team. “It gave our employees something different and positive to focus on.”

When the stores reopened, the favors were returned – sales increased despite a lack of visitors from Canada, which typically represents 25% of its business.

“We have great customers who are really loyal to us, and I think this strengthened that even more,” says Power, who made his own pact to eat and shop locally as much as he could during the shutdown.

He also credits the uptick to people wanting to get outside. “Instead of spending money at the movie theater, people are applying that to a new trampoline,” he says. While he admits it’s tough to refill the shelves and procure products from vendors, when a shipment of 36 kayaks arrived, two went right to the register, never even making it to the wall.

Power’s altruism continued even after reopening. Unable to run the annual Ladies’ night events benefitting local domestic violence shelters, he picked a Saturday to donate $5 from every pair of shoes sold to local programs in an effort to “Stomp Out Domestic Violence”. “It was our way to make up for it,” he says, adding the effort raised more than $2,500.

All this has also boosted sales and his employees’ morale – and given his stores a chance to enhance their relationships with their customers. “Opening back up and doing the right thing gives you a second chance to make a first impression,” he says. “Everyone’s looking at how well we’re behaving and judging us all over again, whether it’s wearing masks or distancing. It’s a great chance for us to step it up.”