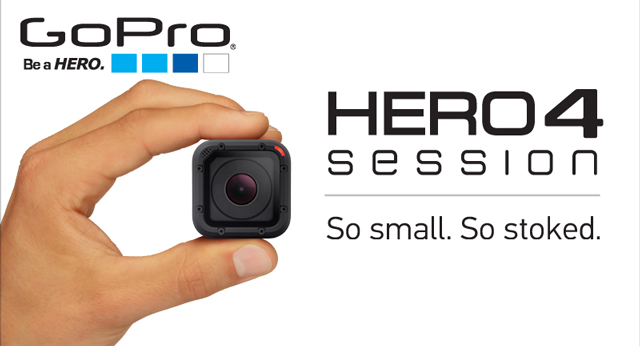 “HERO4 Session packs the power of GoPro into our smallest, lightest, most convenient camera yet, featuring a rugged and waterproof design, easy one-button control, 1080p60 video and 8MP photos.” – See more at: GoPro.com

By now you’ve probably heard about the latest addition to the GoPro family: The Hero4 Session. We’re stoked to say that it has arrived at our Moscow, ID location. So what’s the big deal about it? Let’s take a look at some of its key features:

First of All, It’s a Little Guy.

According to GoPro, the Session is “50% smaller and 40% lighter than other HERO4 cameras.”  Which makes it’s easier to mount, and GoPro doesn’t skimp on the mounts and accessories. The sky’s the limit when it comes to mounting options.

But just because it’s little doesn’t mean it’s not powerful. On the contrary. Here’s some of it’s best features:

Check one out for yourself at our Moscow location or find out more at GoPro.com.