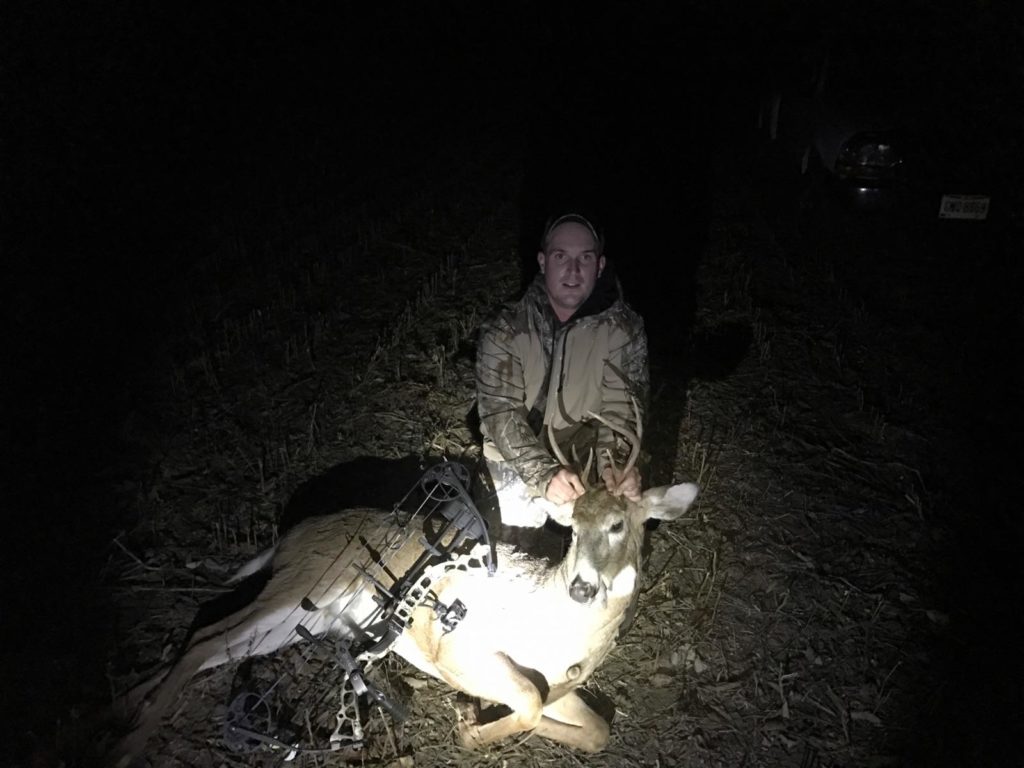 This was my first day out this season. Second year hunting in my life. I had never shot a deer. I have been learning to hunt to teach my son when he gets older. I was sitting in my stand set off of the field I was hunting. Right around 530 I hear a thump behind me followed by what sounded like footsteps in the leaves. I looked back to try and see what I was hearing. At first I thought it was a racoon or a coyote. Once I got a solid view I saw it was a deer! And a few step further I saw the rack. This was a buck! My heart started to pound and my whole body began to shake as I watched this scene unfold. The buck appeared to be walking to the neighbors field. But then I heard him stop moving. Then he began to move again appearing in my line of sight walking towards my stand. I slowly reached down and grabbed my bow that had the arrow already nocked. I watched as he walked towards the trail leading out to the field I was hunting. At the first sight of his nose poking through the tree line I had a full draw on my bow. The buck stepped out into the field slowly then stopped to smell the doe urine I had sprayed earlier. I released my trigger and watched the arrow slam into the ribs of this buck. He grunted then shot off in pure adrenaline. He disappeared into the neighbors CRP field. After talking with the neighbor I received permission to go track him. After a long search my buddy and I found him dead under a tree. Victory! My first deer. My first buck! This memory will last with me forever. This has been such an experience that I hope I can share with my son with years to come. Stay put of trouble. Learn a new way of life. Learn to hunt.